Did you attend the urban ecology activity workshop on July 15th? Show off your soil explorations here!

I collected samples from three sites in my neighborhood. Below I’ll share both the collection site, as well as what the soil shake has revealed (so far – I’ll report back tomorrow with how the jar has progressed!). 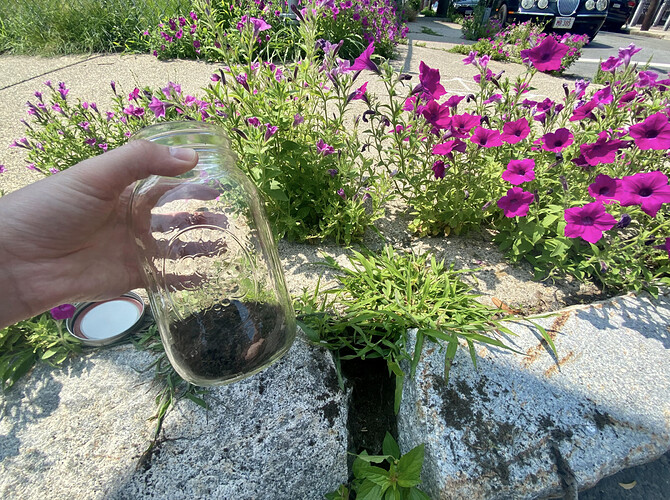 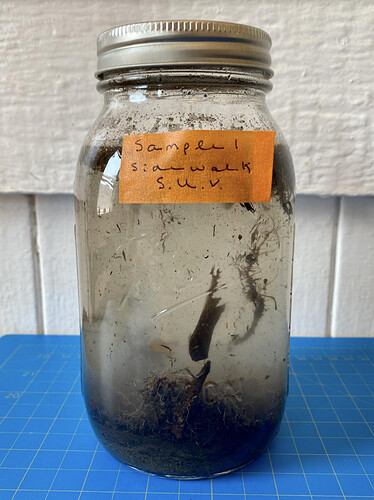 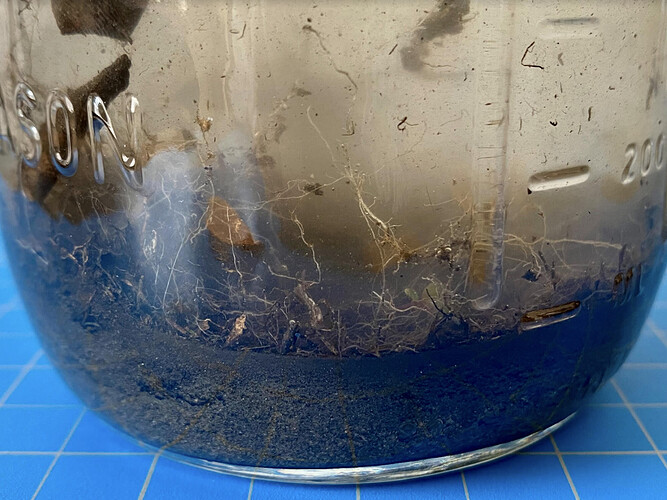 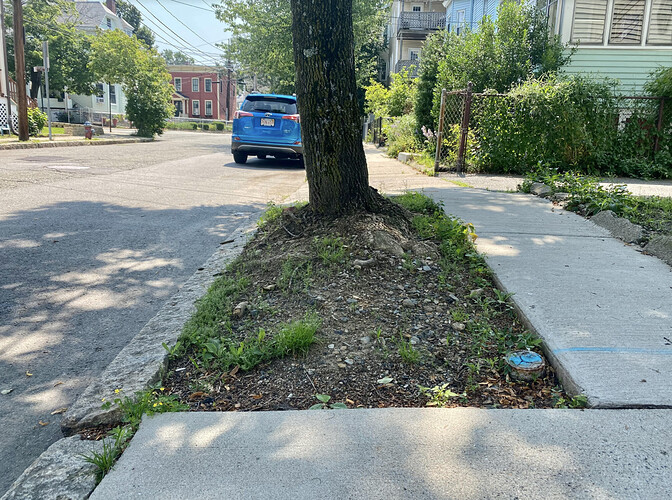 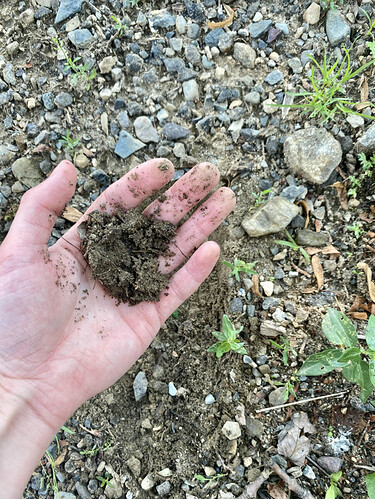 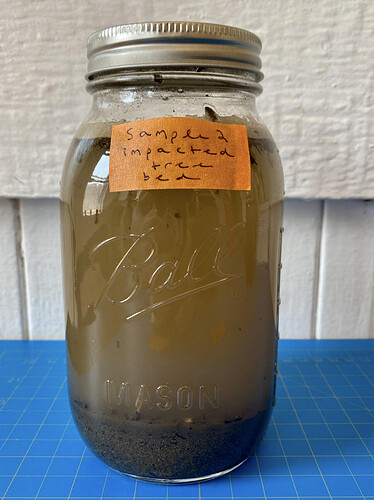 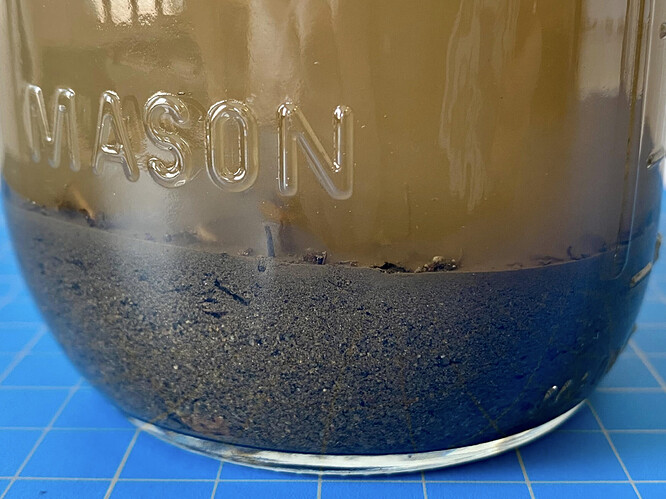 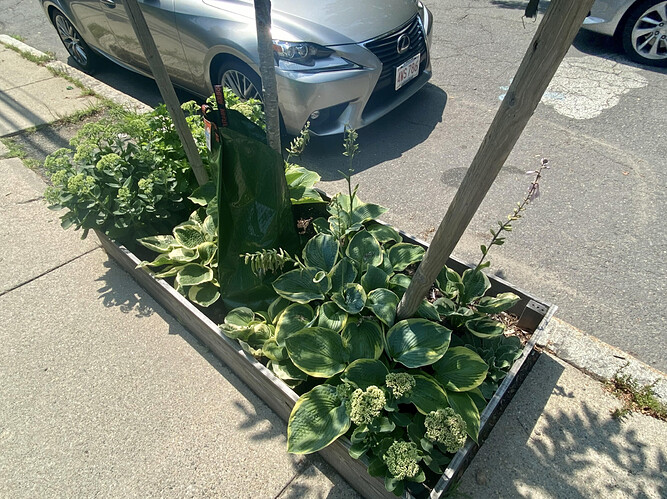 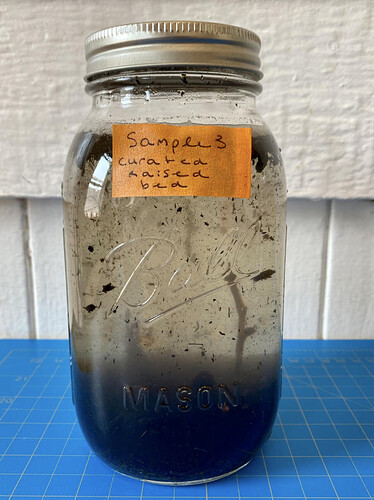 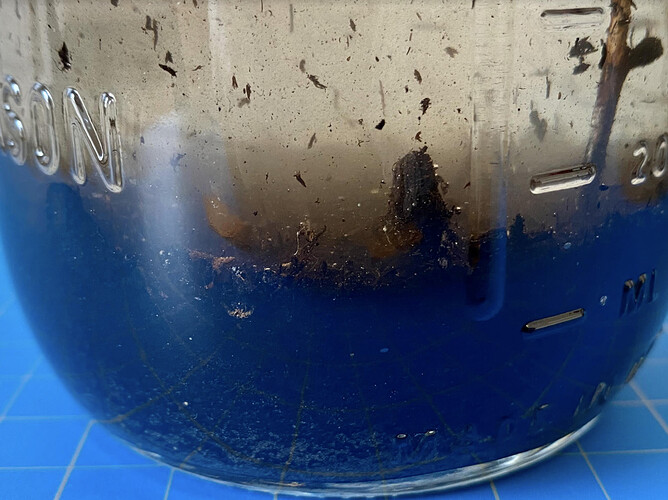 And, finally, my analysis methods (I made “paint” out of each sample and tested how it looked on some sketch paper): 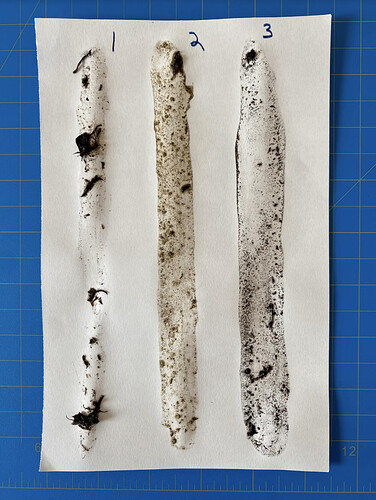 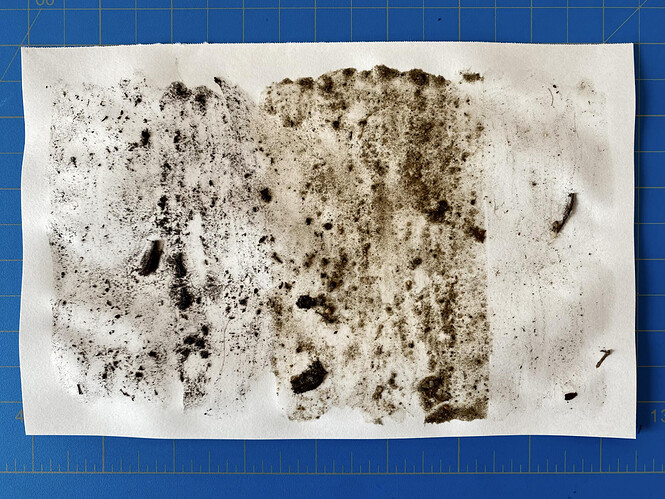 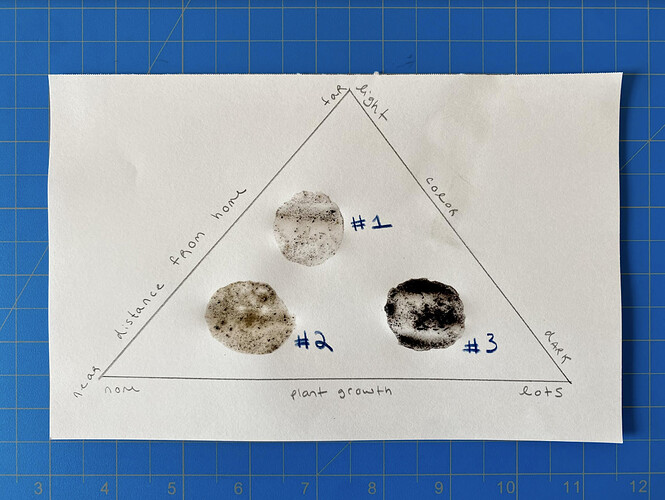 I collected my samples from two places relatively close together - shown by the two red X’s in the picture. One - the orange clay-y one - was from just outside my MakerSpace, where some construction dirt was leftover. (We plan on building raised beds in that space as a demonstration garden, especially for native plants!) The second sample came from along the walking path we’re creating into the woods.
The forest sample definitely held more moisture - it formed a ball when squeezed, though it didn’t stay in ball form for very long. The sandy clay sample was so dry it just fell through my fingers. 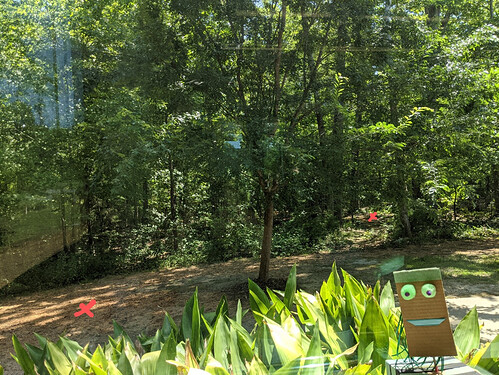 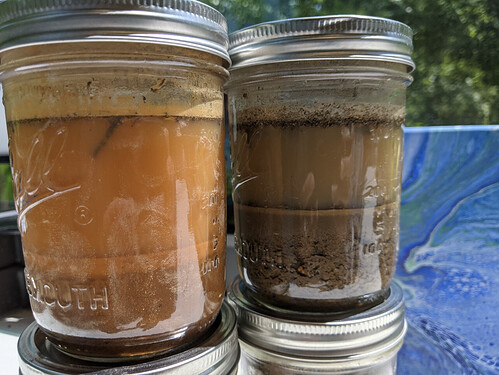 They smelled very different, as well. The second forest sample was very earthy smelling. The orange sandy clay sample had almost no scent.

The scum on the top was also fairly different…

image1151×517 214 KB
The orange one had a bit of foamy sort of stuff on top, which dissipated a bit once I opened the jar and let it sit.

I, too, dipped a paint brush into my jars and used the soils to paint with. Fun! 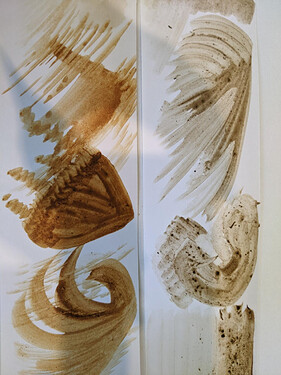 And just because I liked this image of the orange dirt… 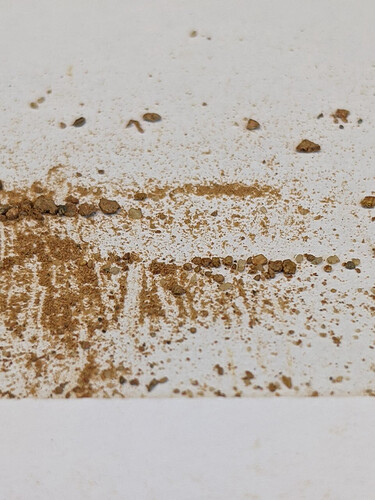 I found out last minute that I was attending this workshop, so I did not have time to collect soil samples. So instead, I did the next best thing - research! Here in Arizona, we have a lot of desert soil. You’d think this “damaged” soil wouldn’t be able to grow much, but so many plants grow in the desert without the help of landscapers putting in richer soils. Here’s some links from my research, along with an excerpt from one that I shared in the chat.

Sciencing.com Article - What type of soil does Arizona have?

Casa Grande Soil
Casa Grande is considered the main soil type of Arizona. The University of Illinois Extension reports that the soil type was first identified in 1936 and is named after the city of the same name and the Casa Grande Monument. Casa Grande has high clay content and a lot of salt. In order to garden in Casa Grande soil, it is necessary to irrigate the soil before planting over a few weeks to wash out the salt and keep plants from getting salt burned.

This last link was shared by Michelle, and when I saw the image of the crops, I immediately recognized it from previous research I did on the Hohokam canal system for a STEM program I conducted a couple of years ago. The Hohokam canals were not only how this indigenous culture survived, but are also still 1) in partial use today and 2) heavily impacted modern infrastructure. Their canal system is partially to thank for our grid-like roads in the Phoenix metro area! It’s a good lesson not only in how the desert can sustain life despite being “barren” but also in how “urban ecology” can affect an area for generations to come. What is affecting the ecology of your area (urban or not), and how will it continue to affect the area in centuries to come? 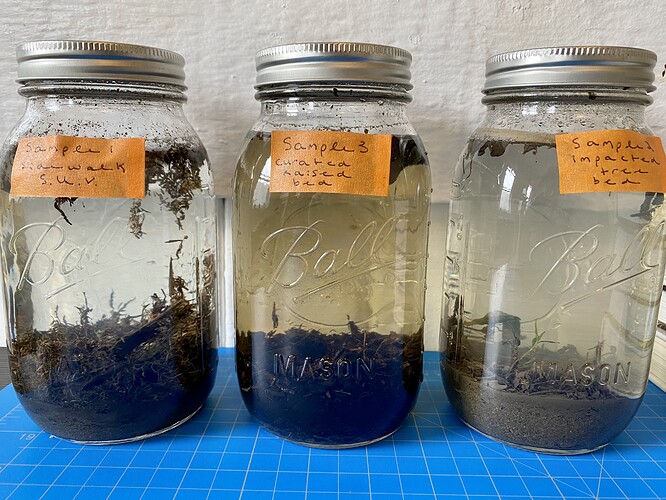 Do you have a plant growing in sample 2?!

I have plants in my garden… I love plants very much. I will add their pictures soon… this is my personal blog